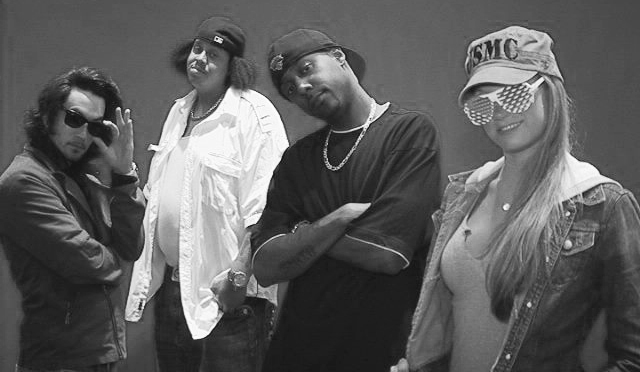 The making of this video was very emotional, we did this a couple years after everyone had relocated, and this was the first of our reunion show, and we coordinated this video shoot around everyone returning to Morgantown for the get together show. Johnny had been in LA for a couple years now, A Breezy just moved to LA also, in fact her and Johnny were roommates in Los Angeles, 6’6 240 moved to Cleveland, leaving me and Ace Beanz here in Morgantown. We recorded the song a year before, so I was just waiting on a time I could get everyone together to release it. So as you see in the video we did a 2 location shoot, one at the reunion show at 123 pleasant st (we call it home), and the other one was the next day in my backyard, and made a picnic out of it. The show was awesome, it was during the summer, and the small college town of Morgantown is kind of slow during that time, but it was a blessing in disguise because it made it more local with family and friends coming out to re-connect with old friends. Other member of Soundvizion where also there, such as Phyr Squad, B-Hyphen, Adam Payne, 808 Circus, Willz P, and we had a ball performing together. The next day we met up for the video shoot, and one thing about my squad, they can party, you get 6’6 240, Ace Beanz, A-Breezy, and Johnny Harmonic together, there is gonna be some drinking going on, which makes for a great picnic, but a dysfunctional video shoot, but it was way worth it, as much as I love this video, it doesn’t give justice to how much love and fun those 2 days were. We are doing our reunion show this coming Friday at 123 pleasant St June 16, 2016, everyone is trying to make it so it should be good. I wish i could get Paycheck Game, Marcus D’tray, DJ Bearcat, & Big Chief of 304 Reconz more involved with these shows, there is no Soundvizion without 304 Reconz, that is something we can work on in the future, because these reunion shows are not stopping anytime soon. It started as way to celebrate the music we made together, but in all honesty, its just a family Reunion with the loved ones, artist who build relationships with music and West Virginia as the common bond, but now its just about being with my best friends. -by Monstalung