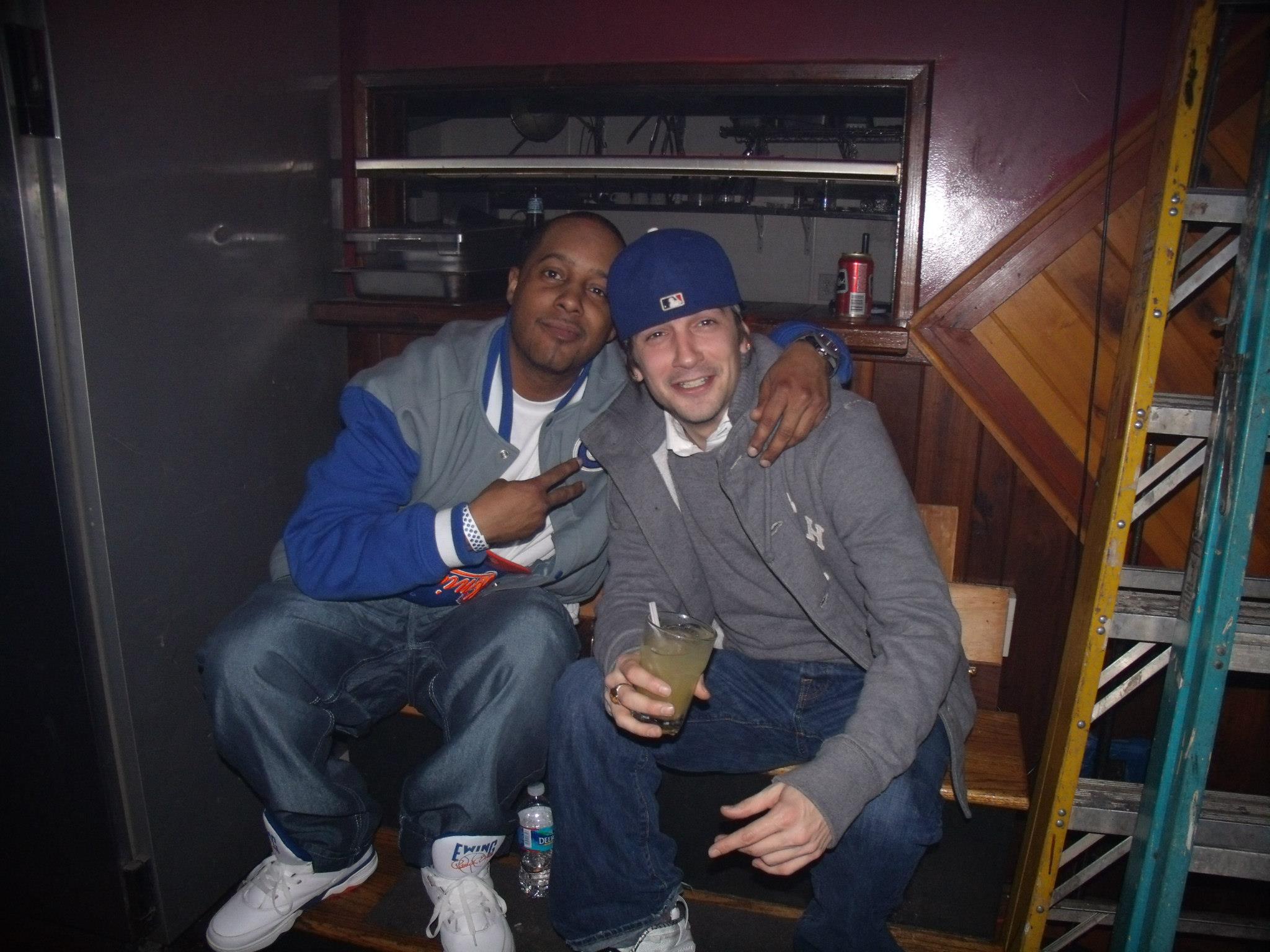 They come from 2 totally different environments, but Beanz and Johnny have a real bond.
Ace Beanz knows the poverty side of Morgantown, something you wont see in a WVU brochure, all college towns have that side of town, and Ace Beanz knows it very well.
Johnny Harmonic comes from a more of a family based community of Summersville WV, which has it’s sides of towns too which Johnny had to maneuver his way around, but a little different than Beanz.
I have known Ace Beanz since he was a small, I went to school with his uncles, Beanz and my baby brother (6’6 240) was best friends, but our family was connected way before they met.
I was introduced to Johnny by a mutual friend, Aaron Cruthers, he knew johnny through the theater department at WVU, I knew Cruthers because he was a bad ass musician who played for a couple of bad ass bands (The Emergency, LBC, and Big Ass Manatee) locally in Morgantown, he knew Soundvizion very well, and he thought Johnny would work good with us, and he was right.
When I introduced Johnny to the crew, he naturally gravitated to Beanz, and Beanz took him under his wing like a little brother. They balance each other out very well, Beanz is real laid back, while Johnny is always hyped and ready to get the party started. They both like to stay fresh with the clothes, and they truly enjoy each others company. Whenever we collaborate on a song and I know they are both going to be on it, i know the session is going to be fun, we all just really clique. You can hear it in this song, it represents how the 3 of us can “make the doughnuts” when we get together. -by Monstalung