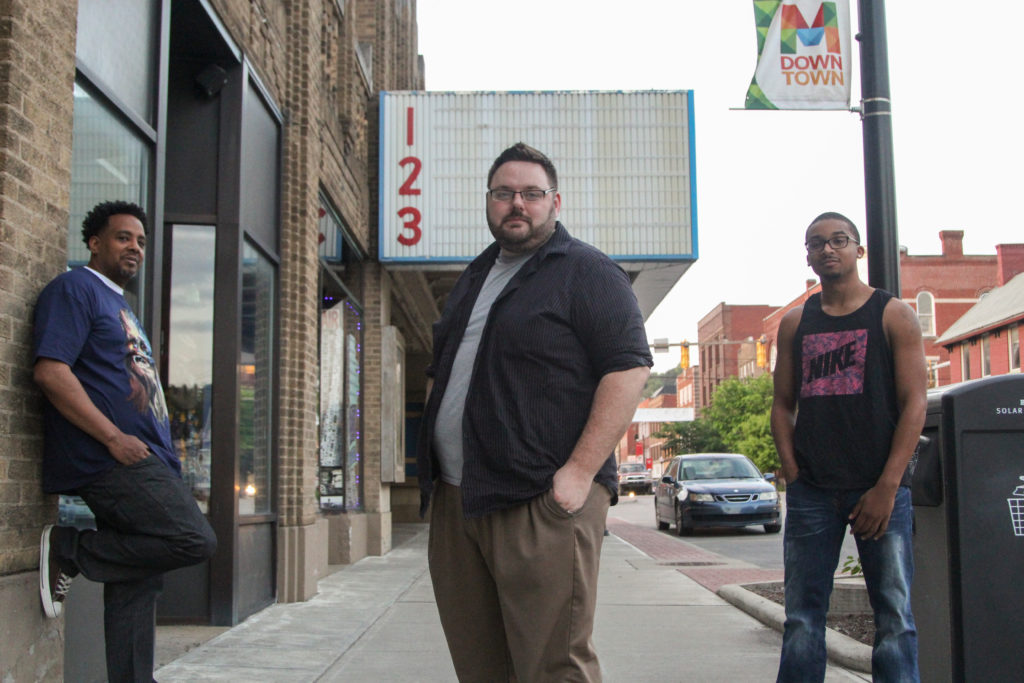 Morgantown-based hip hop/jazz/funk trio, Quie, released their second EP, “Yo Mama Like It!”, after being together just as many years. The new 5-track EP is available for free on the group’s SoundCloud page and will soon, be available on most streaming services. The group will be performing a live release show at 123 Pleasant Street in Morgantown on Thursday, September 1st (doors open at 8PM).

“You can hear the growth in this project from the first EP,” said hip hop producer and Quie member Monstalung. “As we develop, and our chemistry gets stronger, our sound becomes more defined. We really like where the music is going!” QUIE’s first EP, “QUIE PRO QUO,” was a fusion of the 3 different genre’s this trio represent: Monstalung (Hip Hop), Professor X (Jazz/Gospel), DNK (Everything Else) and felt like a classic 1990’s hip hop jazz album (think Guru’s Jazzmatazz). “Yo Mama Like It!” however, is a strong step forward from the groups previously released more classic sound. The new album pulls from an even larger pool of influences, including collaboration with vocalists Nicole Mayers (Royalty) and Dylan Sinclair (Prof. X Groove RMX).

Garrett Yurisko from DayOne Lifestyles in Morgantown WV said, “Quie music is perfect for long driving trips, or outside in the deck with friends… great life soundtrack music”.

With a melodic piano that jumps into a energetic electro influenced groove, “Fully Blown,” (track 1) is an experiment into soulful dubstep. “’Sneaky Sadie’ could of made the first QUIE EP with it’s jazz influence,” state Monstalung, “but it would have been the best song on that EP, and is my favorite song on this project. It just has that nighttime city skyline feel… that early morning after the club, empty city street nighttime feel. “NYE” (short for New Years Eve), is as full of hope, reflection, and chill as it’s name implies. “Royalty,” featuring Nicole Mayer as lyricist and author, is a story in sound of the hope we feel when falling in love. “Prof. X Groove RMX” featuring hip hop artist Dylan Sinclair adding vocals (a story of pain and surrender) to live take from Quie’s first EP.
This EP is available on Itunes, and most streaming services such as Apple music, Spotify, Amazon music, Tidal, and more.